Will Truckers Keep on Trucking? 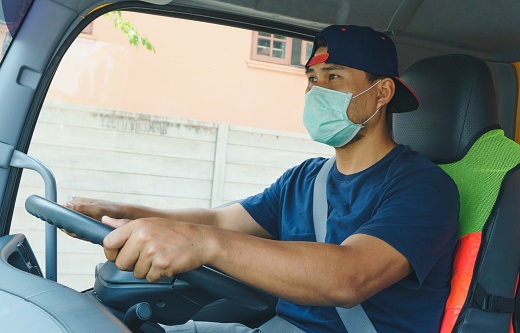 It was recently reported that a new wave of Coronavirus is potentially in full swing.  Confirmed cases are up in key states, according to information provided by the CDC (Center for Disease Control).  Death counts typically follow surges in numbers of positive diagnoses.  With the Fourth of July and other large gatherings in the rearview mirror, it is projected that America may be bracing for yet another pandemic wave.

If Covid-19 does strike again, the trucking industry could come to a screeching halt.  The first go-round slammed on the brakes for many truckers while others were busier than ever before.

Some truckers aren’t waiting around to take control of their fate.  Colorado independent truck driver Dwayne Collier stated, “I don’t have all my eggs on one truck this time.”  He went on to explain that he has secured contracts with several local supermarkets to deliver goods in the event there is a crash.  “Last time, they both lost their main driver due to the trucking company cutting employees,” Collier said.  “Our agreement assures neither the markets or myself are stuck out should the virus come back in full force.”

Some of Collier’s fellow truck driving friends were able to sit at home and bring in a government-issued paycheck, but some were not so fortunate.  “Luckily, I raise cattle on the side and was able to share some beef with a few independent driver friends that would have gone hungry otherwise.”

While the country lies in wait and debates on whether the Covid-19 case numbers are fudged or not, truckers are gearing up with back-up plans to prevent a repeat of the surprise attack earlier this year.

The best defense is an offense…and vice versa.  Drivers with reliable trucks will always be first in line for the good jobs that don’t go under during hard times.  If your truck is continually breaking down, you’ll quickly earn the reputation as being undependable.  Don’t be “that guy”.  Come on into MJ Truck Nation, or give us a call at (561) 220-9992. We’ll get you in a truck that won’t get you sidelined so you can keep trucking, no matter what.