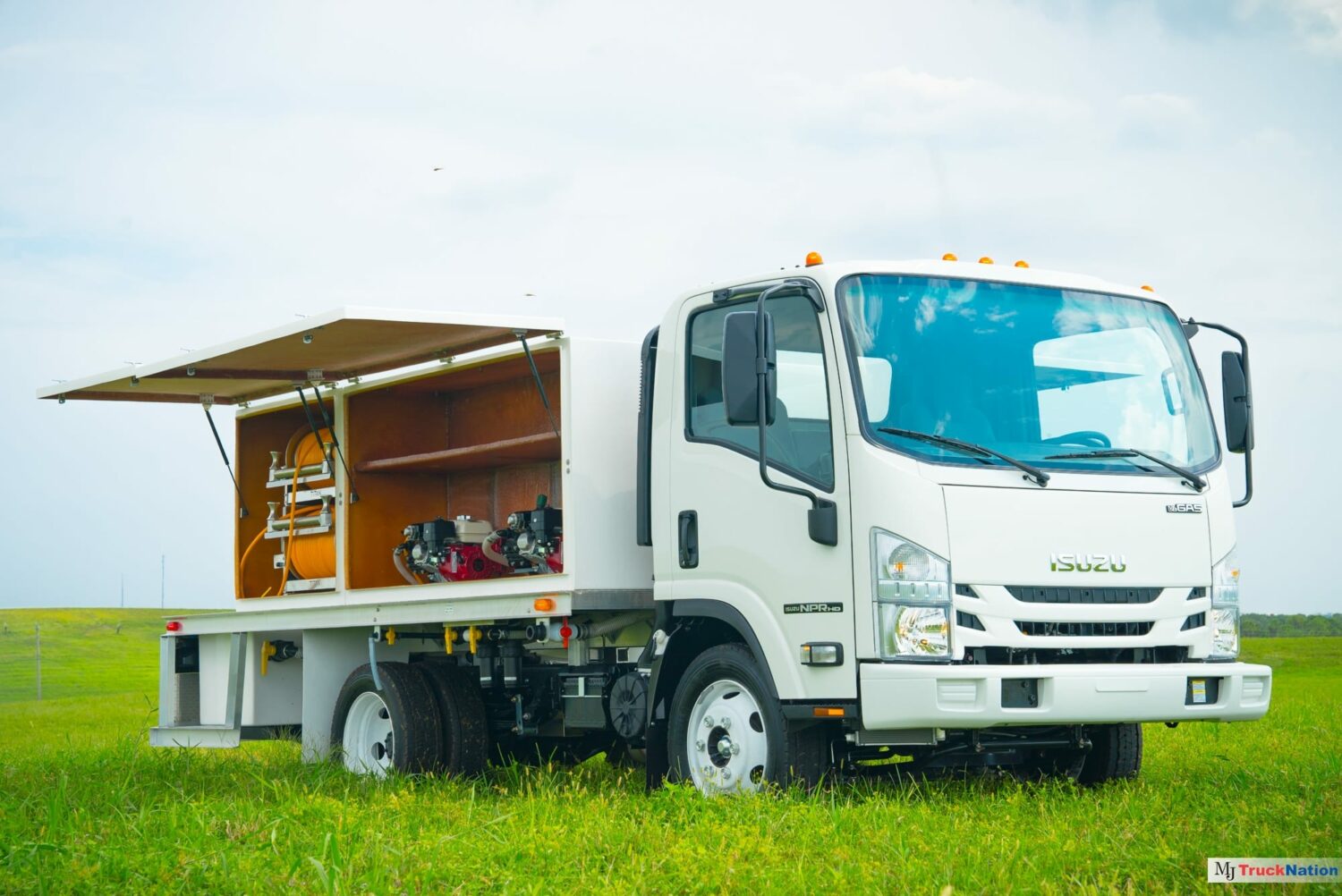 Pest Trucks are built to be customized in order to fulfill the broad needs of the pest control industry. While one pest control company owner might need one type of addition, another may need a upfit of a totally different nature.

What Constitutes a Customization?

Different pest control businesses serve different niches, typically. The specific pest extermination a business performs the most is a good indicator of what type of customization they may need. Pest Control outfits that deal with rodents and larger animals may require extra space and additional room for more chemicals than insect-only services.

Safety features are also cause for customization and additional features too. Keeping chemical supplies and sprayers in the truck calls for secure storage. Laws are intact and depending upon your county, city, and state, you may be required to take additional precautions.

Sometimes it’s impossible to find a truck with all [...] 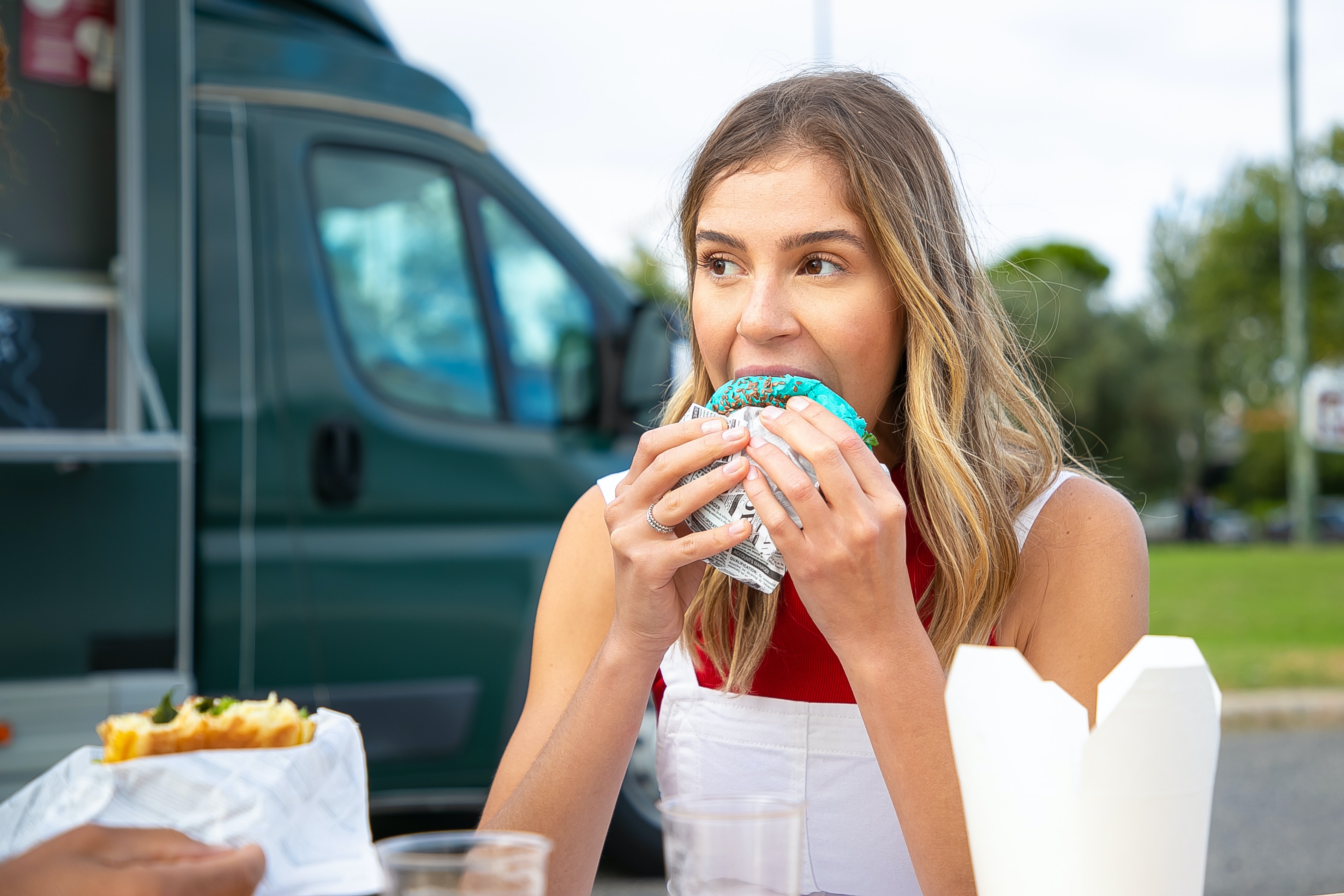 Tired of your mundane 9-5 job? Why not take a bite out of that boredom and make money with a mobile sandwich shop instead?

Sandwiches are a big deal in the US. Americans average consumption of 300 million sandwiches per day. A national study revealed that individuals eat 3.7 sandwiches each week.

Technically, a sandwich is a food item that consists of two pieces of bread between cheese, meat, or other fillings. The bread may be sliced white, wheat, rye, or another type of sandwich bread or it can be a bun, hoagie, or even a wrap or roll.

In the first month of last year alone, deli sandwiches scooped in 259 million dollars. Delis, restaurants, and food trucks are the most common spots consumers purchase their sandwiches.

Advantages of a Mobile Market

Bucket Truck Cranes: What Are They Used For? 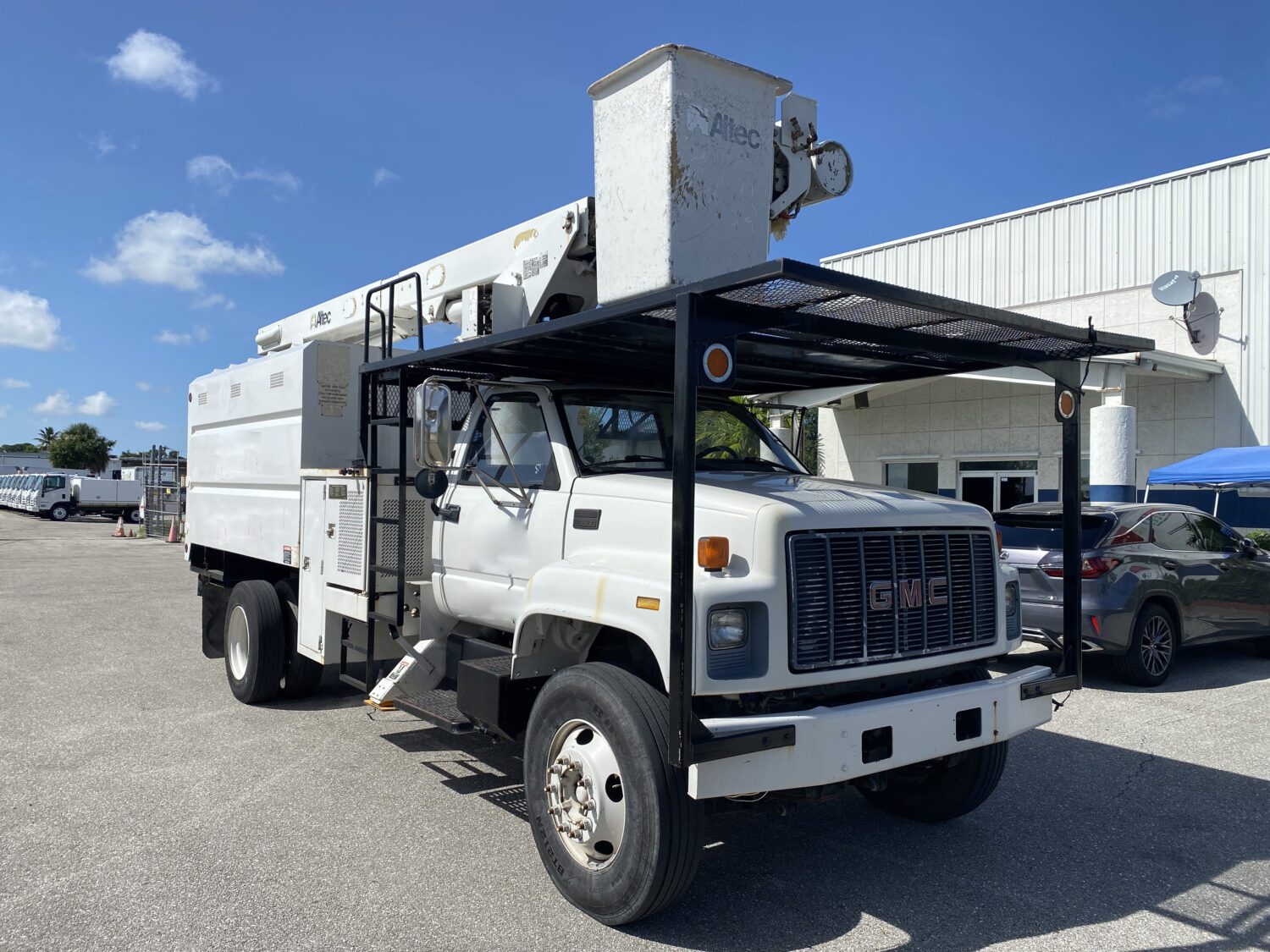 Mobile cranes are extremely useful for heavy industrial and large construction projects. Without them, it would be difficult or impossible to get many hoisting operations done. Find out the many uses for a Bucket Truck that is doing the work of a Crane…and so much more.

Advantages of Utilizing a Bucket Truck as a Crane

Many who are in an industry where there is a regular or occasional requirement for a Crane choose to use a Bucket Truck instead of a dedicated Crane. There are advantages for doing so including:

The main difference between a Bucket Truck and a Crane is that a Crane appears more like a machine that’s designed for lifting while a Boom Truck [...]

When Do I Need a Steel Flatbed Truck? 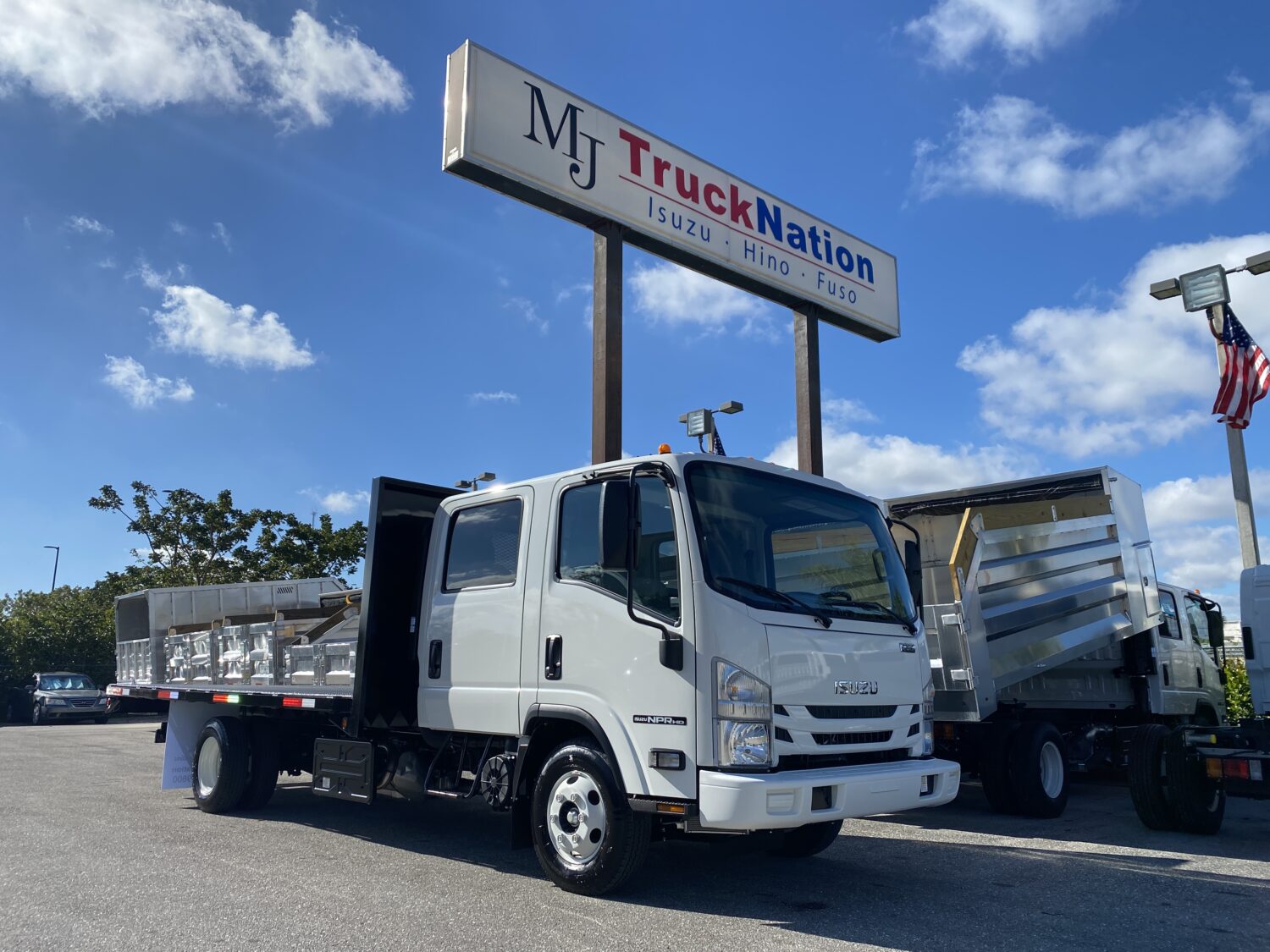 You may have heard the benefits of having an Aluminum Flatbed Truck – like better fuel efficiency and a lower price tag on the lot. But what you might not realize is that if your work would be better off done with a Steel Flatbed, you may be wasting your money if you get an aluminum bed.

What is a Steel Flatbed Truck?

Steel Flatbed Trucks are a type of truck that can be rigid or articulated. The body is entirely level and flat with no roof or sides. Flatbeds are ideal for loading and unloading of cargo.

Due to the configuration of Flatbeds, they are typically used to transport heavy, odd-sized loads. To accommodate carrying the loads, they may have steel, aluminum, or wood side railing.

The heaviest cargo loads require a steel bed on the Flatbed and steel railings too. While Aluminum Flatbed Trucks have been gaining popularity for over a [...] 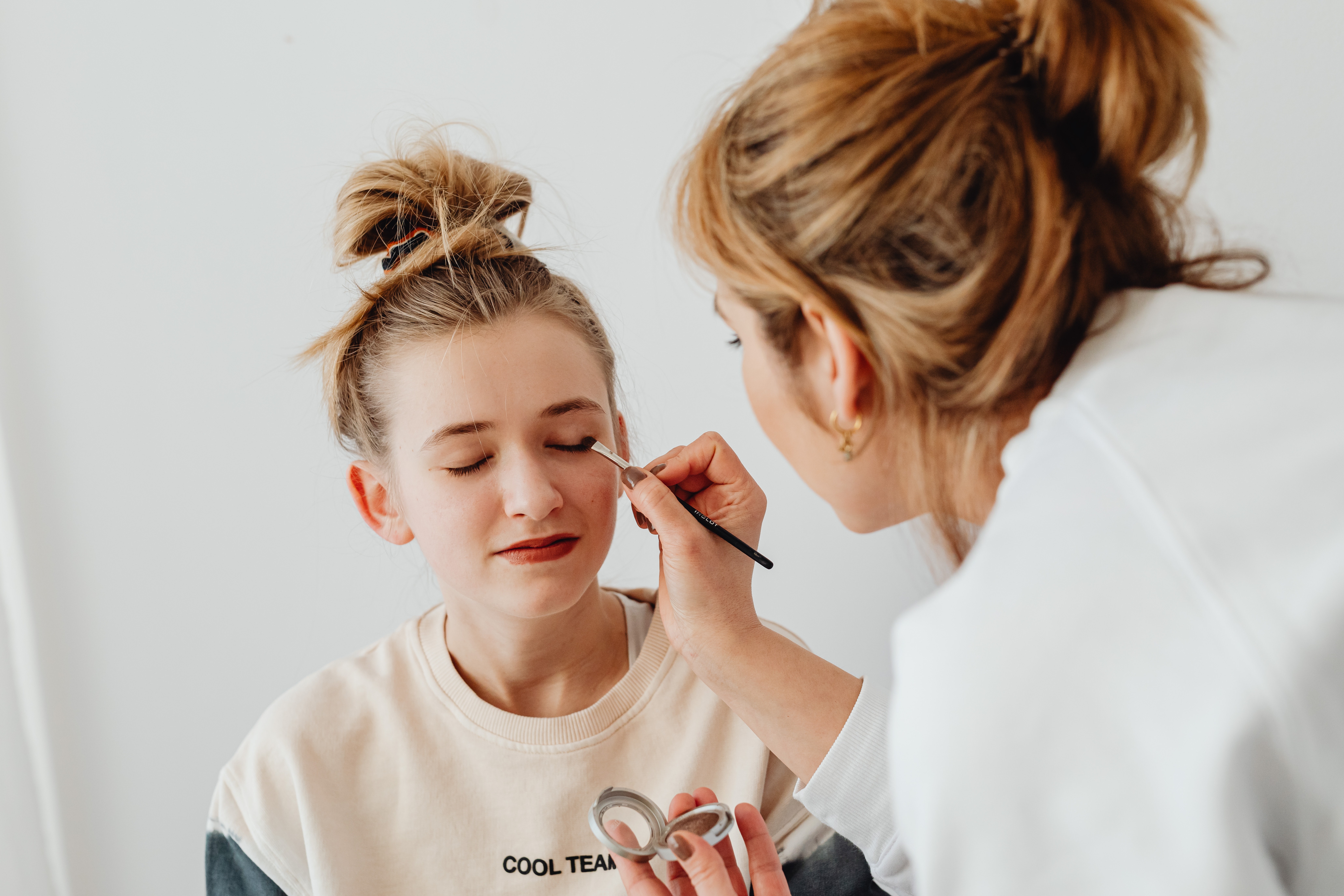 If you are a makeup artist, why not take your talents to the street? Mobile makeup artists are now serving busy customers, hosting events like teen and tween birthday parties, and accommodating celebrities and performers. With a Box Truck and a few supplies, you can be one of them.

The Making of a Makeup Artist

If you have an eye for aesthetics and like to make people look their best, you may want to consider being a makeup artist. Perhaps you already are on and are getting bored of your stationary studio. Why not take your talents to the street?

Here are some traveling service ideas:

Birthday Parties – Teens, tweens, and even adults often throw spa parties where they get manicures and pedicures. Why not make the rounds with your mobile makeover to have the party of a lifetime?

Bachelorette Parties – When a bride and her wedding party attendants are looking for a [...] 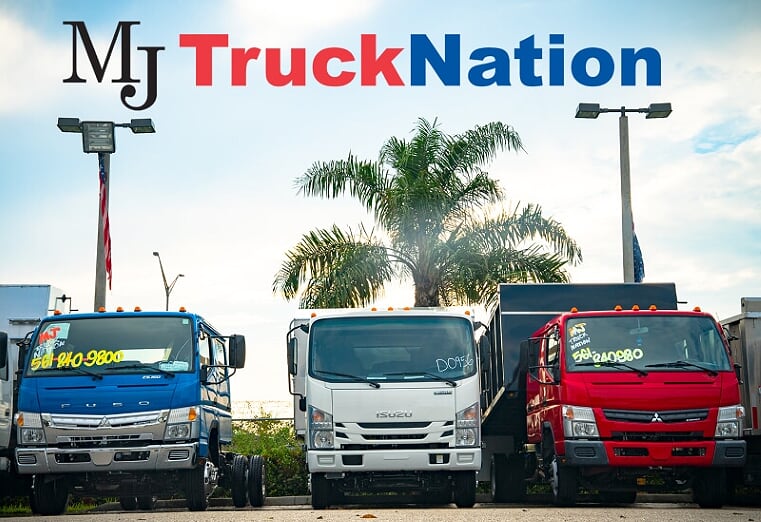 With the price of fuel these days, it’s more important than ever to maximize your loads and to make sure they are efficiently planned. If you have a fleet, the need to do so is even more imperative.

Here are some tips to help you make sure you loading technique is up to par:

Five Most Common Uses for a Flatbed Truck 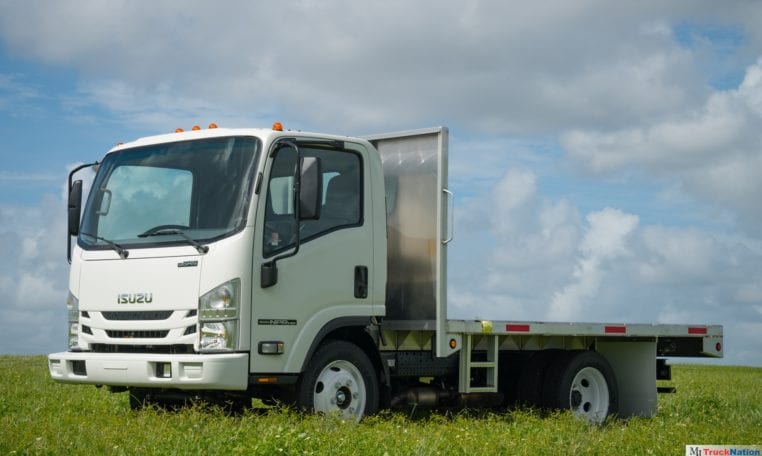 Uses for a Flatbed

Flatbeds are one of the most useful of all commercial work vehicles. The fact that their beds can carry oversized, irregular loads make for high demand. If you have a Flatbed Truck or are considering purchasing one, some of the many uses you can put it to include:

Construction material comes in all shapes and sizes. Much of it requires a flat surface to be laid upon but reaches far beyond what a traditional truck bed or Box Truck bed allows. Flatbed Trucks are ideal for transporting sheets of plywood and solid wood, drywall, and even the equipment that’s used on the jobsite.

Flatbeds can haul heavy loads. Backhoes, Cement Mixers, Bobcats, Cranes, and other digging and building equipment can fit on the bed for hauling.  Many construction, excavation, and remodeling companies outsource transportation for such items and hire [...]

The Many Ways a Box Truck Can Work for You 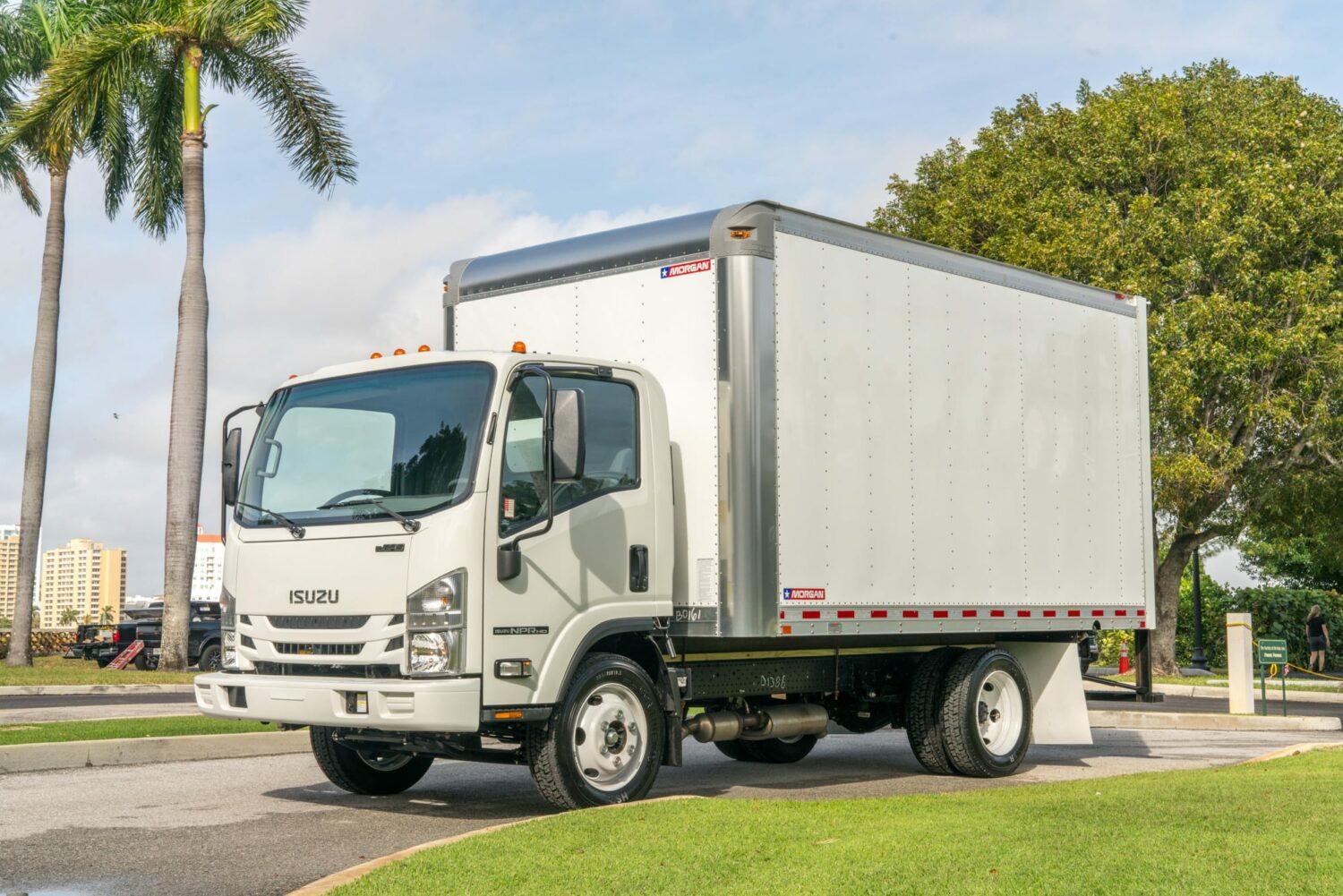 The trucking industry is a profitable field to be working in presently. Even when the economy is upside down, truckers are in demand. Without their services, the nation would be without food, bottled water, medicine, and even fuel.

Not all trucking jobs are the 18-wheeler, big rig kind. Many truckers make their living from Box Trucks. Owner-operators typically are the highest paid workers but some still choose to rent or lease a truck instead.

Do I Need a CDL to Operate a Box Truck?

There are many different types of jobs that are done with Box Trucks, and most can be accomplished without a CDL. A Box Truck with a gross vehicle weight rating (GVWR) of 26,000 pounds or less doesn’t require a CDL. Most run between 22 and 26 feet long which is an average size van. It is, however, always a plus to have a Class A or B CDL.

How to Rake in Money with Mobile Lawn Care 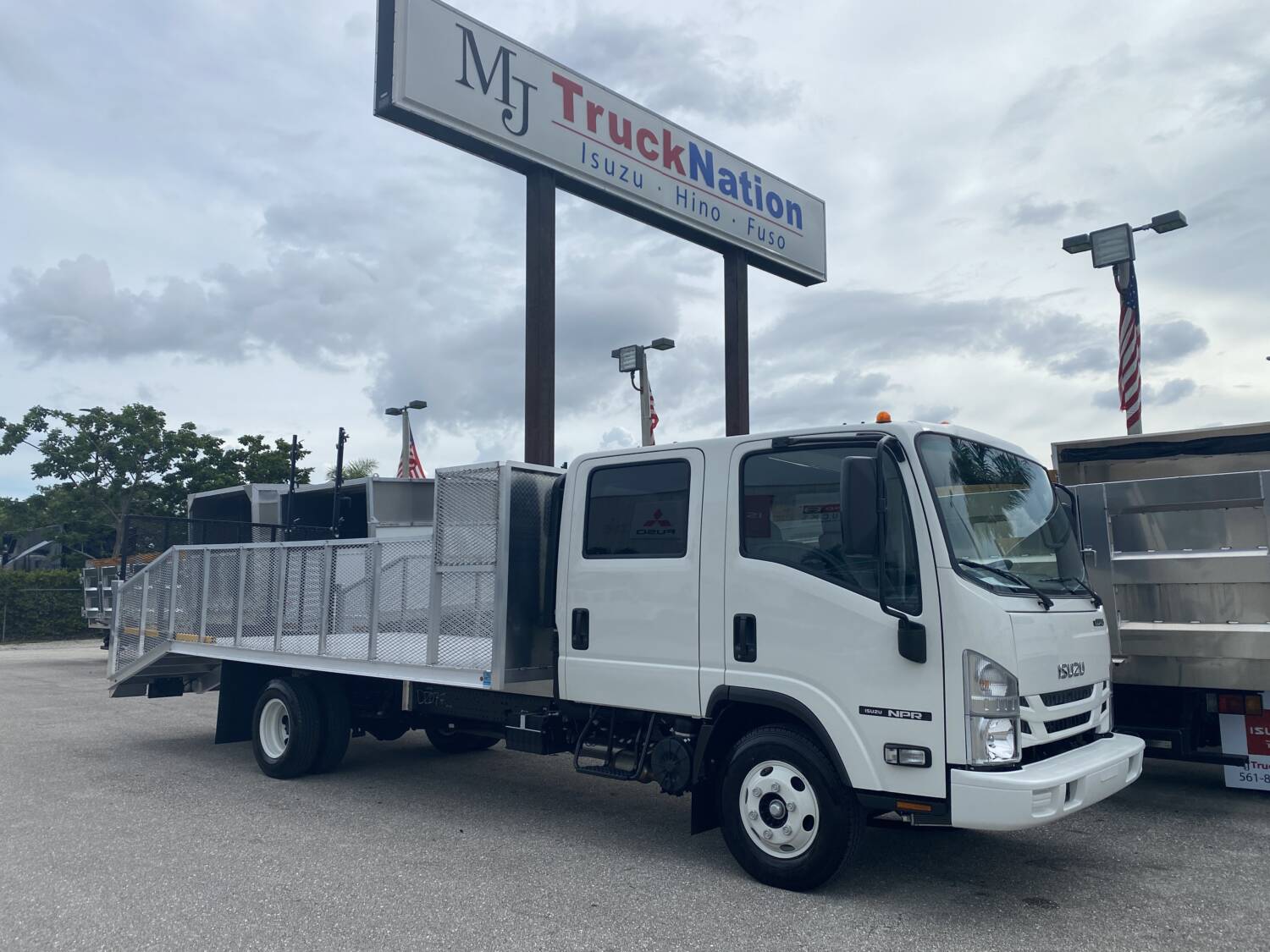 Lawn care is a growing industry. Last year, it generated 114.6 billion in revenue worldwide. The industry is expected to grow by over 5% in 2022 in the US alone. Although there are 621,733 landscaping and lawn maintenance businesses in the nation, there is still a demand for more. Studies show that people are becoming busier with less time to do the work themselves.

With a Landscaping Truck and a little ingenuity, you can join the lawn workforce where some are raking in $100,000 or more a year. Here’s how:

What to Look for in Your New Commercial Work Truck

Regardless of whether you’re shopping for a new or a used commercial work truck, there are some features you’ll want to pay attention to. Your work truck shouldn’t merely be a reliable vehicle – it should be your hauler, mobile office, toolbox, and maybe even recreational transport.

Requirements as a Work Truck

Serving as your work truck, you will need a vehicle that serves your purpose such as a Box Truck, Cement Mixer, Flatbed, Tow Truck, and so forth. Not only will you want it to run efficiently, but it should also be smooth to operate. If you constantly use the gate, a hydraulic lift is vital. It you tow with it, it should be equipped with high towing capacity so you never have to worry your load is too heavy.

If you work solo, you can most likely get by without a crew cab. You’ll save money on the initial cost [...]